Commander Varela has been a resident of Colorado since 1981. He is a graduate of Colorado State University and the Northwestern University School of Police Staff and Command. He graduated from the police academy while attending school in Fort Collins, Colorado. After finishing his degree work, he began his law enforcement career as a Sheriff’s Deputy. He joined the Castle Rock Police Department in 1998.

During his career in law enforcement, he has been a patrol officer, Field Training Officer, K9 handler, and SWAT operator. He has held numerous leadership roles to include patrol corporal, patrol sergeant, tactical team leader, and sergeant in the Professional Standards, Training and Development Unit. In addition to his organizational assignments, Commander Varela is an instructor in a variety of topics to include advanced police tactics, organizational leadership, ethics, and police use of force encounters.

He has called Castle Rock home for over two decades and is raising his family in what he believes to be the best community in Colorado. 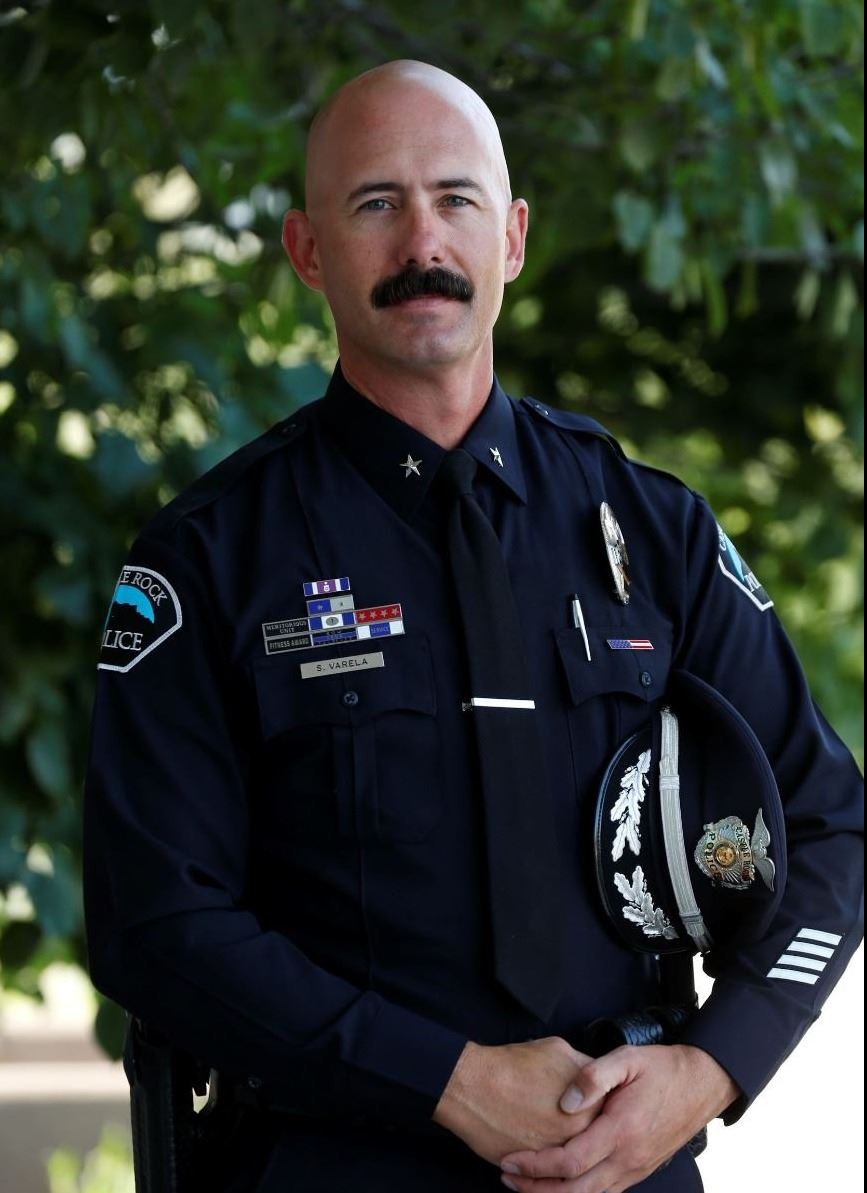