EmailCommander Galvan has served in law enforcement for the past 17 years. He began his career in 2005 with another Colorado law enforcement agency. During this time, he served as a patrol deputy, investigator and drug task force officer. Commander Galvan joined CRPD in November 2009 where he filled a number of roles to include patrol officer, detective (both with the Castle Rock Police Department and Douglas County IMPACT Unit) and bike patrol. He was promoted to sergeant in 2018, overseeing both patrol officers and the Community Action Team (CAT).

Commander Galvan is the recipient of numerous awards with both the Castle Rock Police Department and Douglas County Sheriff’s Office. Twice he has received the Medal of Valor, the second-highest award bestowed upon an individual in the policing profession. 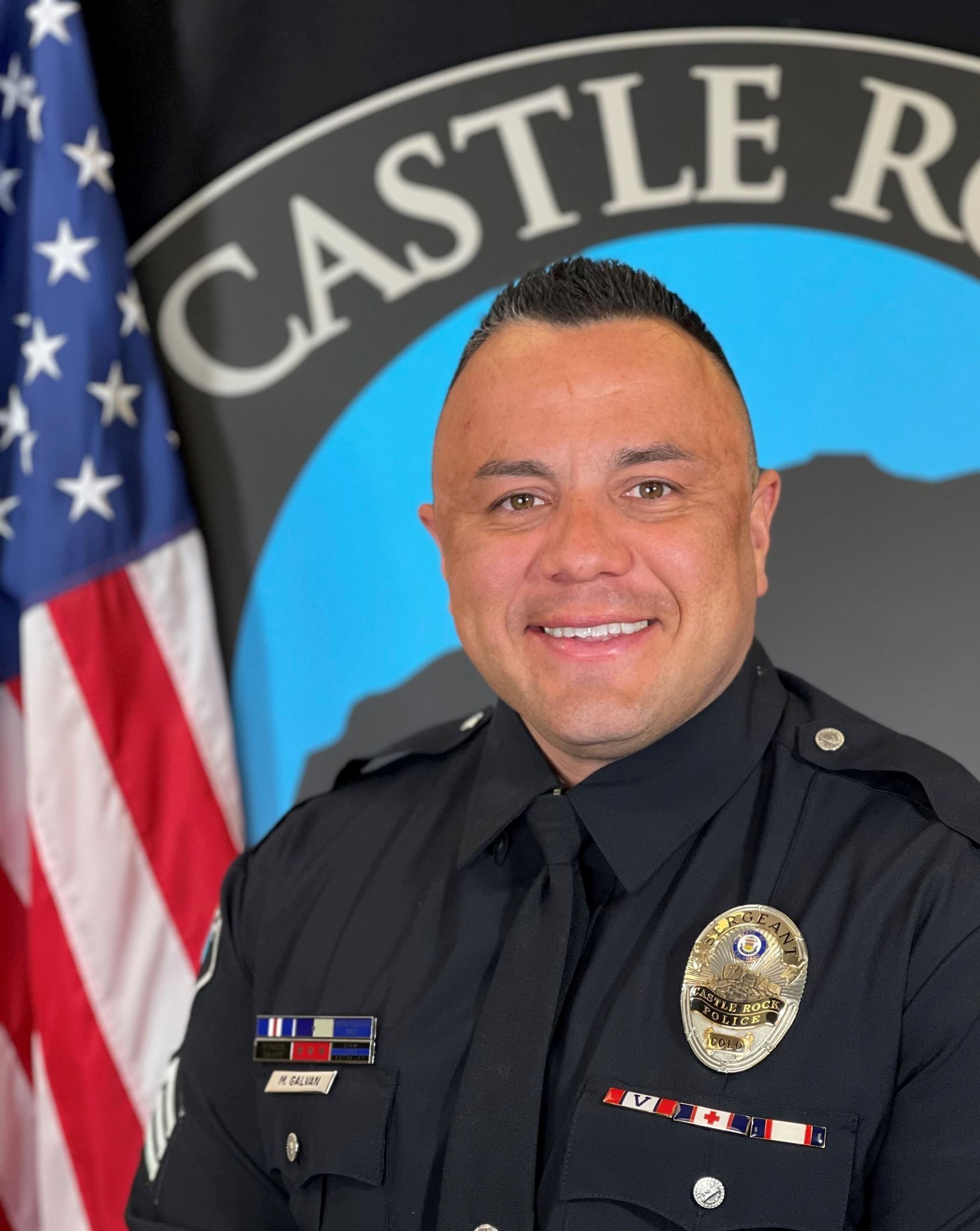