In the 1930s, times were certainly tough. The Great Depression hit hard, and people were looking for hope.

In Castle Rock, hope came in 1936 in the shape of a star. With a goal to light the side of Interstate 25 and get visitors to stop in Castle Rock, the Star atop the Rock was constructed. It was a team effort.

Castle Rock Hose Company No. 1 (the original name of the Castle Rock Fire Department) volunteered to daringly cart the construction material up the Rock. Town Council provided financial aid, and the Castle Rock Motor Co. donated the gas for welding. The owner of Schweiger Motor Co., William Sloan, did much of the design and welding. George P. Stewart donated the land, and Mountain States Telephone donated used electrical wire for the project. 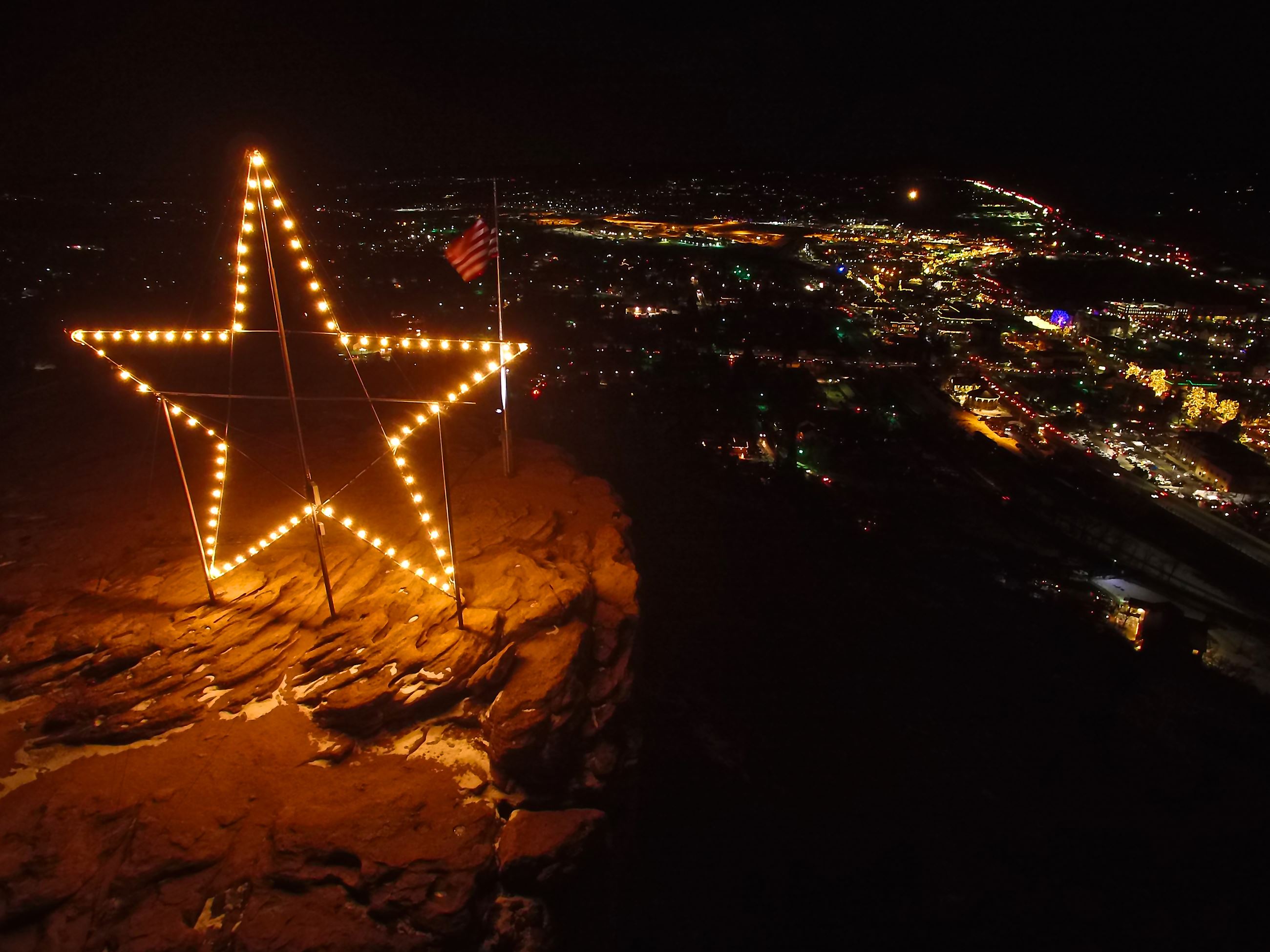 There are 100 total bulbs in the Star, which is still maintained by Castle Rock Fire and Rescue. The wiring has been replaced, but the type of wire and light sockets remain the same. The Star is powered by CORE Electric Cooperative, as it has been for many years at no cost to the Town.

Each year, the Castle Rock Chamber of Commerce hosts a Starlighting celebration on the Saturday before Thanksgiving.

After that initial celebratory lighting, the Star lights up each night by a sensor, about the time the sun sets. The Star turns off for the season at the end of the National Western Stock Show.

There have only been a few times the Star has not shined its traditional white lights.

Following World War II, the Star was illuminated with a "V" for victory. Then, in 1998 and 2014, the Star was lit blue and orange when the Denver Broncos played in the Super Bowl. Most recently the Star was lit as a symbol of hope during the COVID-19 pandemic, and as a reminder that Castle Rock is a strong and united community that will persevere.

History of The Star Video
Watch the video to learn more about the history and the tradition behind the iconic Star.