Tunes for Trails and Perks for Parks Free Concerts 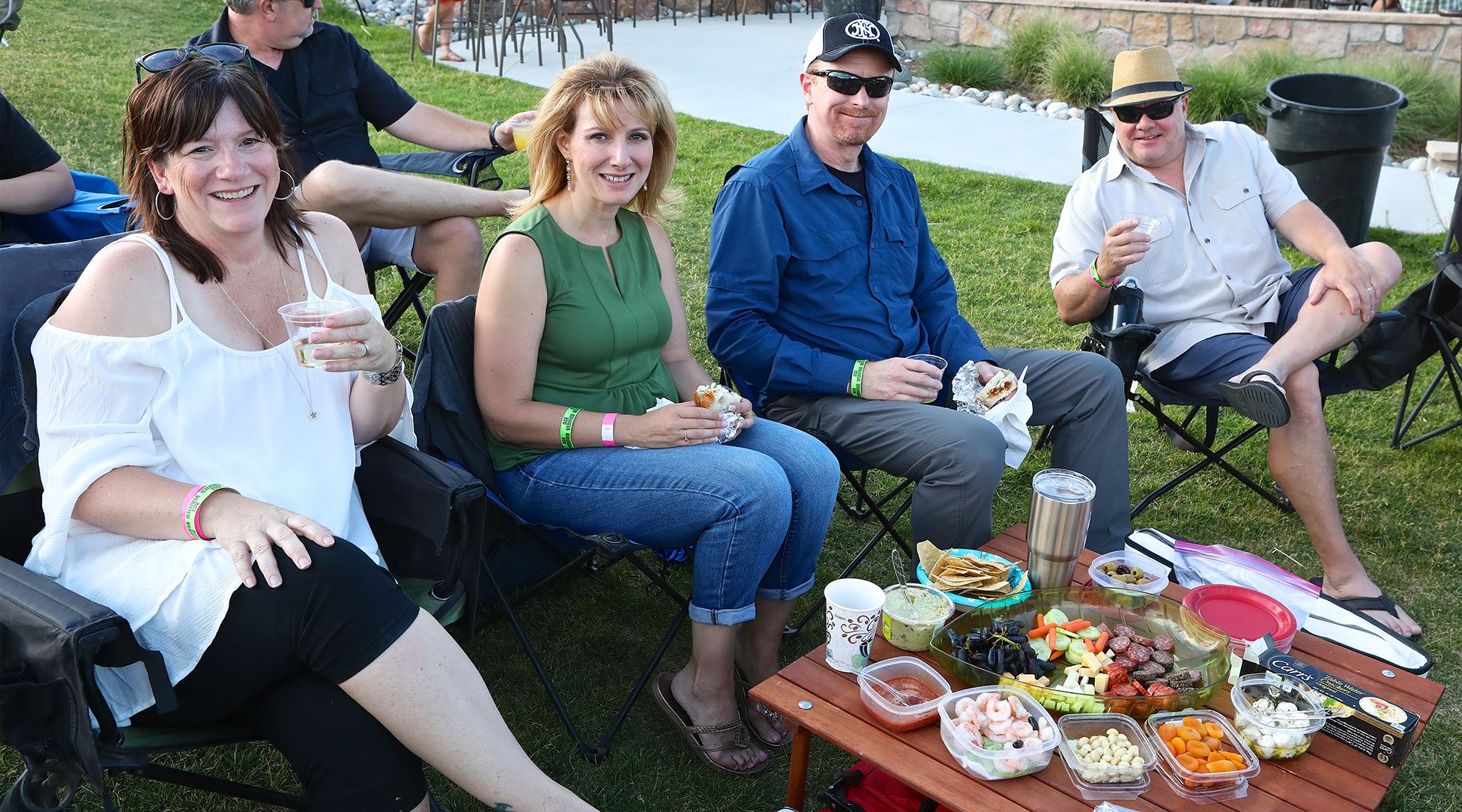 Celebrate the summer season, and participate in a good cause. The Tunes for Trails, Perks for Parks free concert series is back, and better than ever in 2022!

Throughout the summer join the fun from 6:30 to 9 p.m. on the third Thursday of the month at the Amphitheater at Philip S. Miller Park. While this is a free event, donations will be accepted for the Castle Rock Parks and Trails Foundation.

Gates will open at 5:30 p.m. The concert will begin at 6:30 p.m. Pack a picnic and enjoy some time with the family before the show. Yard games are available over by the Millhouse. Please note, food and alcohol are available for purchase. No outside alcoholic beverages will be allowed.

This event is free and registration is no longer required to attend this event.  The Castle Rock Parks and Trails Foundation accepts donations in lieu of ticket purchase and is currently fundraising for the Possibilities Playground at Butterfield Crossing Park.  Profits from beverage sales also contribute to the fundraising efforts.

A stunning high energy one of a kind show mashing up all the melodies you know and love...

Instrumental crossover string quartet “Spinphony” is breaking down barriers between classical, rock and pop music. Mixing and mashing catchy melodies into unique arrangements such as "Bach in Black" and "Don't Stop Beethoven", Spinphony is more like a rock band than a string quartet with added choreography and beats. The four stunning ladies who often get mistaken for sisters, are winning over audiences with their creative and high energy performances nationwide. They have over 50k Facebook followers and have released three studio albums which are on the forefront of classical/rock crossover music. Their one of a kind sound is refreshing and will leave audiences with a whole new appreciation for instrumental music. Whether you’re a fan of ACDC, Vivaldi, or Bruno Mars, the Spinphony show is music that everyone will love!

The quartet is comprised of Brett Omara and Anna Morris on violin, Michaela Borth on 5 String, and Liz Gergel on cello. Combined, the ladies have been playing their instruments for over 100 years. They have performed shows worldwide and collaborated with 2 Cellos, Evanescense, Il Volo, Josh Groban and Michael Bublé to name a few. 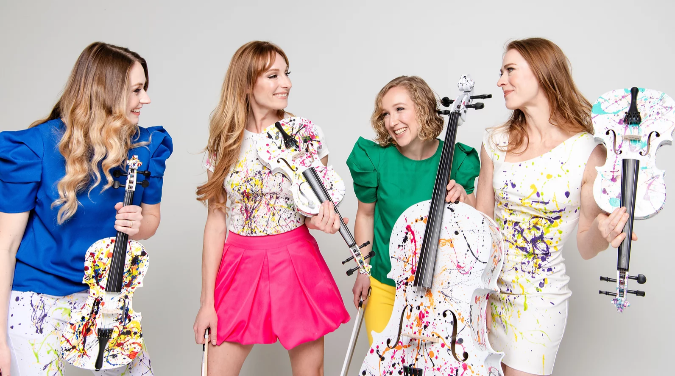 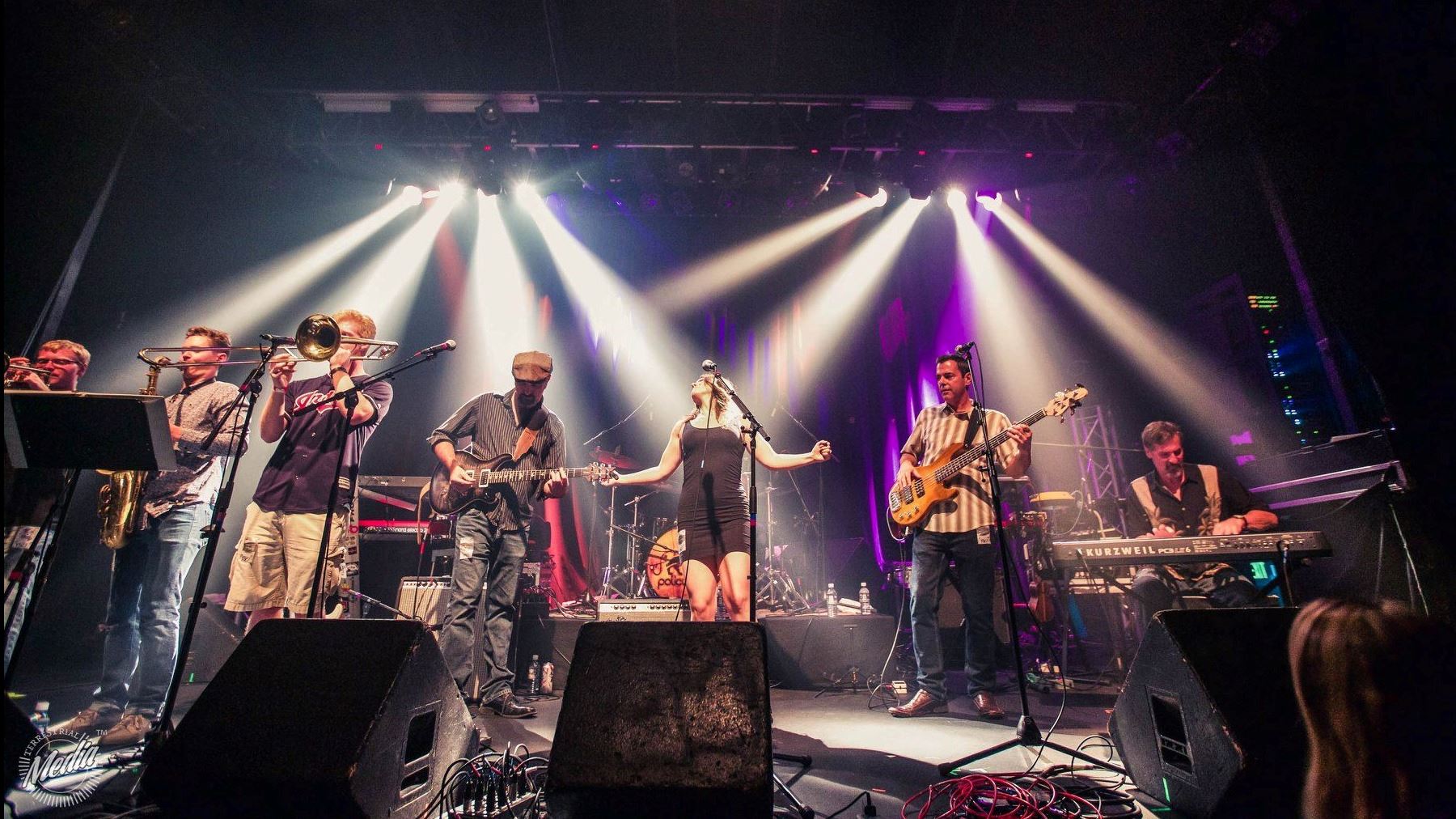 Groove-a-Licious - Colorado’s Mile High Mountain Funk connection is a high-energy, seven-piece Funk-Soul ensemble based out of the Boulder-Denver Metro area. Driving deep pocket grooves, killer harmonies, accompanied by one of the most stellar brass sections on the scene, the music of Groove-a-Licious brings the rootsy funk from Detroit to New Orleans. Since their inception back in 2015, the band's transformation has taken the local music scene by storm to become one of Colorado’s up-and-coming funk n’ soul experiences. Grab on and get down with the high-altitude, funky beats of Groove-a-Licious, delivering all the ingredients to light up the night with booty-shakin' for a guaranteed party celebration. 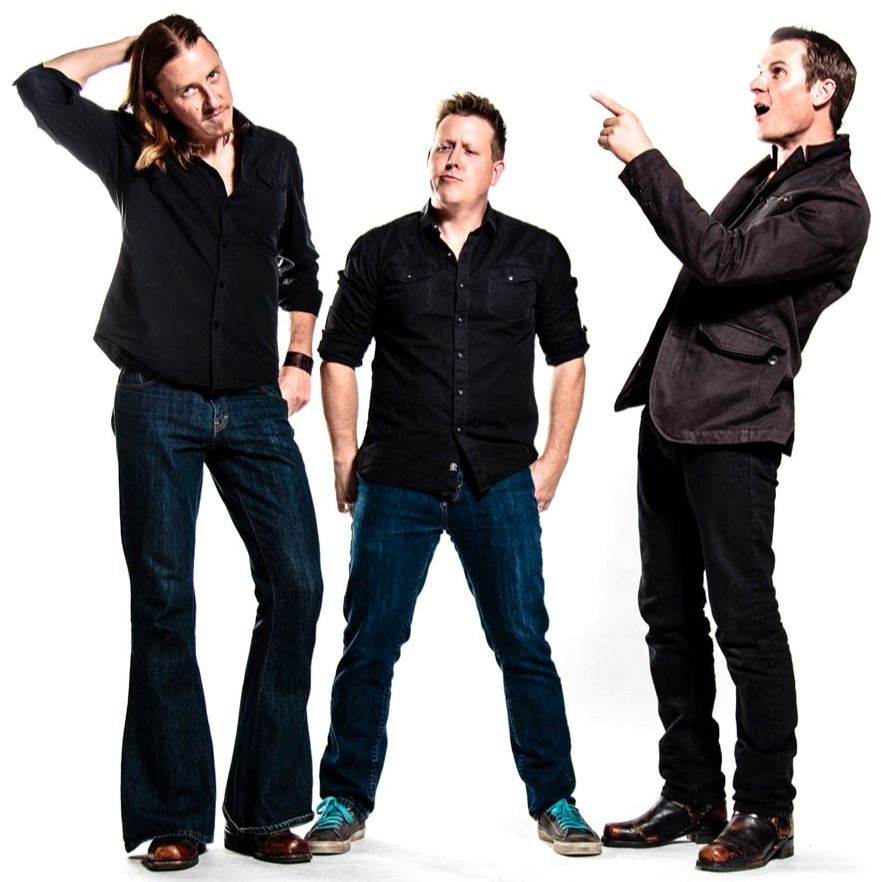 Something Underground has been a part of the Colorado music scene since 2000. The band is fronted by brothers Seth and Joshua Larson, who have been performing on stage since they were old enough to speak. Drummer Trevor Mariotti is the perfect backbone of the band, not only for his monster chops and impeccable timing, but also because he intuitively reads and responds to Joshua and Seth’s unspoken musical queues as if he were the third brother.

The members of SUG have deep-rooted connections to music inspired by everyone from The Beatles to Bruno Mars. Their experience and their broad range of musical styles gives them the ability to genuinely connect with people from all walks of life. This is this sense of connection and community that takes their shows from a musical performance to a point of connection.

Among other honors, Something Underground has had the great joy of playing on the Red Rocks stage three times.

The band tours nationally and regularly supports in- and out-of-state non-profits, and their dedication to collaboration, connection and creation doesn’t stop there. The band maintains a genuine and straightforward message of gratitude and love through their music and their connections to fans and other musicians without resorting to syrupy-sweet dogma.

Funded in part by a grant from Colorado Creative Industries, their 2016 “Live” album showcases the energetic stage performances, unique takes on familiar pop songs and surprising way of juxtaposing originals with recognizable covers that Something Underground has become known for. Their 2015 studio EP “Confessions,” a collaboration of Grammy-nominated producer/writer Elan Morrison and Something Underground, is a raw and powerful testament to their musical evolution. 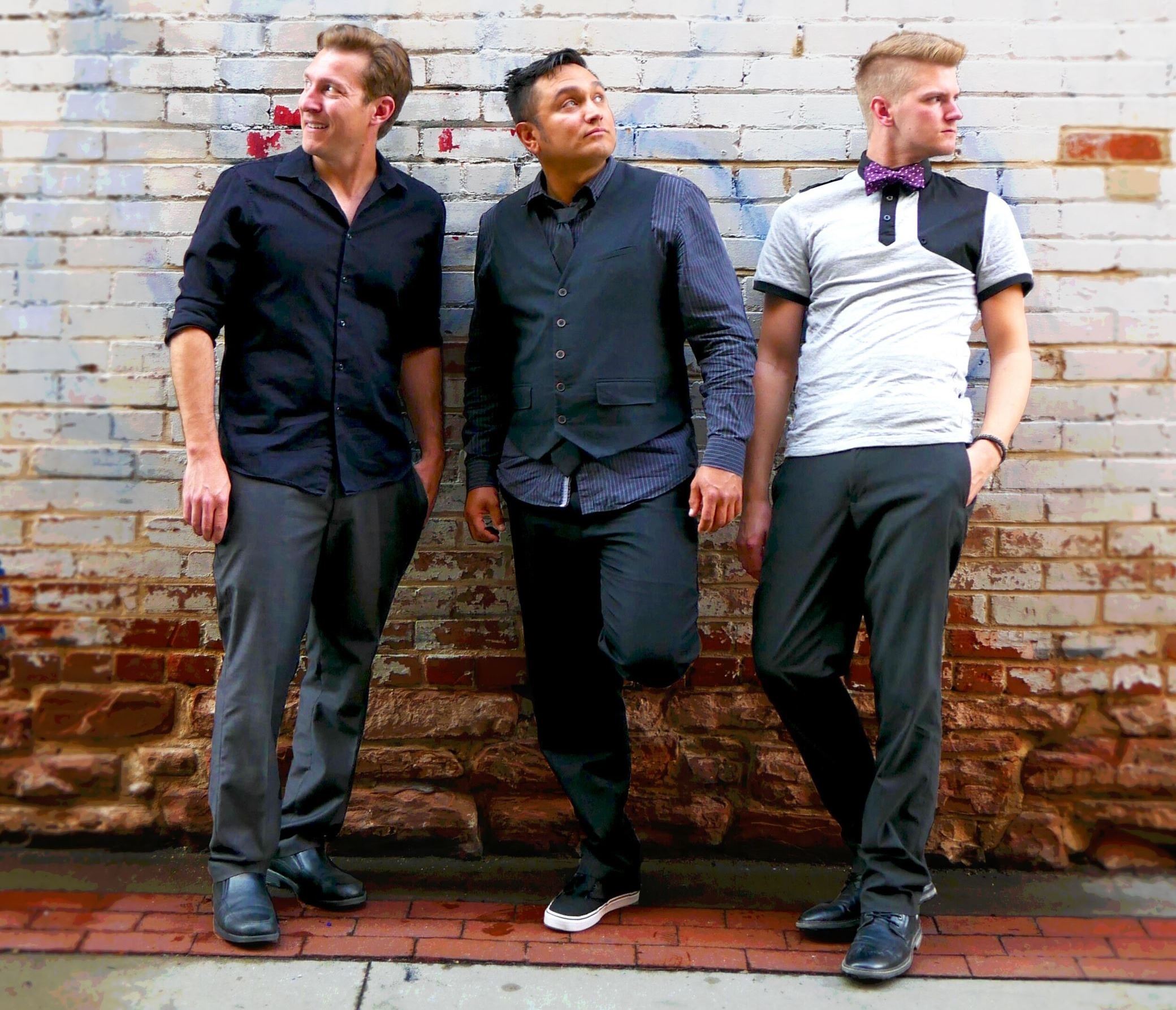 The Junior Varsity Three (or JV3), is Denver’s premier 90s tribute band. The trio, consisting of tight vocals, drums, bass and guitar, specializes in sing-a-long, pop-rock 90s favorites from bands such as Matchbox 20, Goo Goo Dolls, Gin Blossoms and Sublime, but also include Weezer, Red Hot Chili Peppers, Blink 182, Green Day and Nirvana. (As well as many, many more).

Since having formed in 2007, The JV3 is approaching having played one thousand shows, which includes everywhere from Texas to Wyoming and ranging from high-end corporate events to music festivals, weddings, music venues, bars and backyards. Along the way they have opened up for Vanilla Ice, Tone Loc, and Young M.C. They have been named as one of the top ten best cover bands in Colorado by Westword Magazine and have consistently played pre-game events for the Colorado Avalanche NHL team.

The Junior Varsity Three is on a mission to bring 90s back into your life. 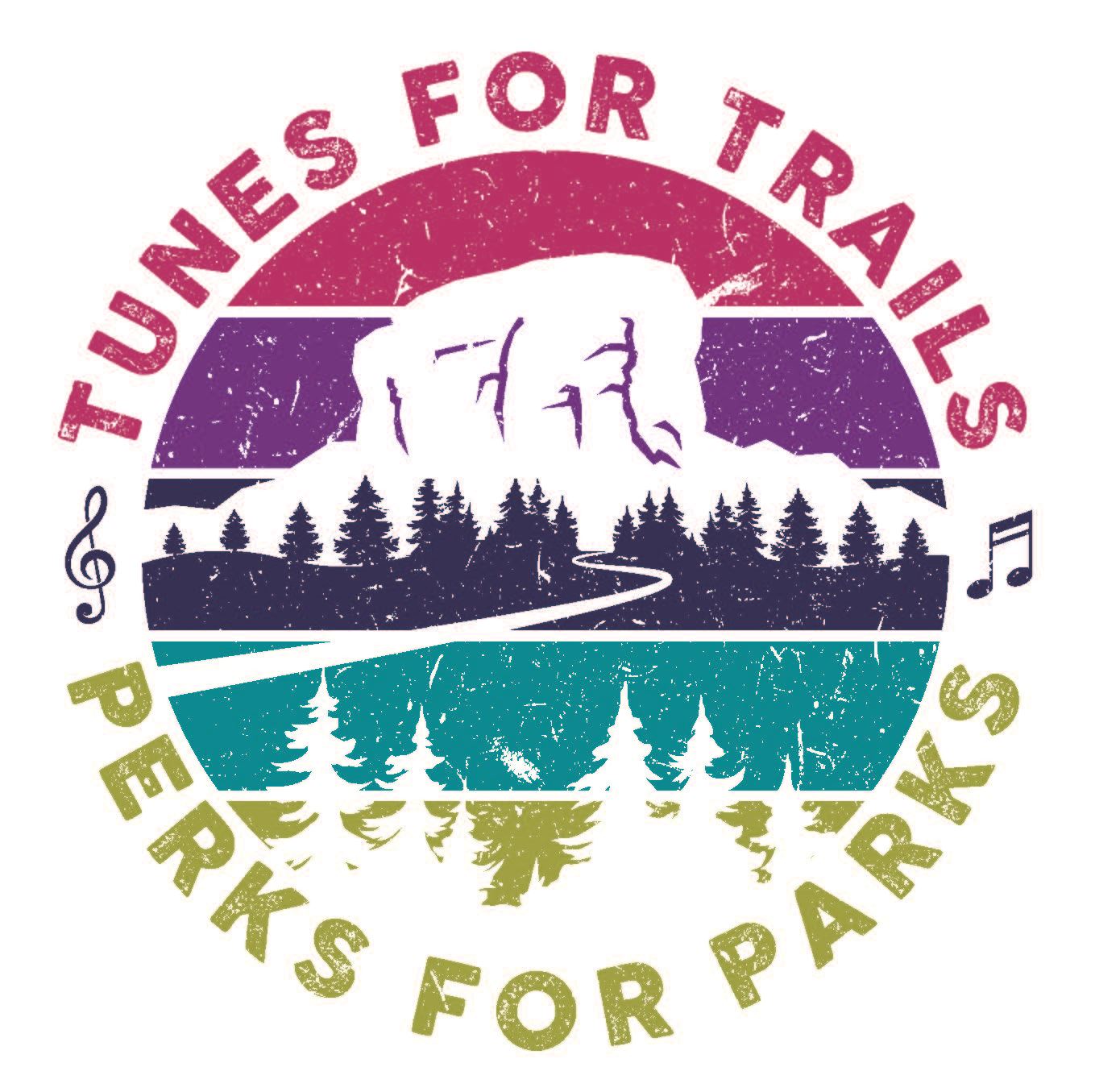 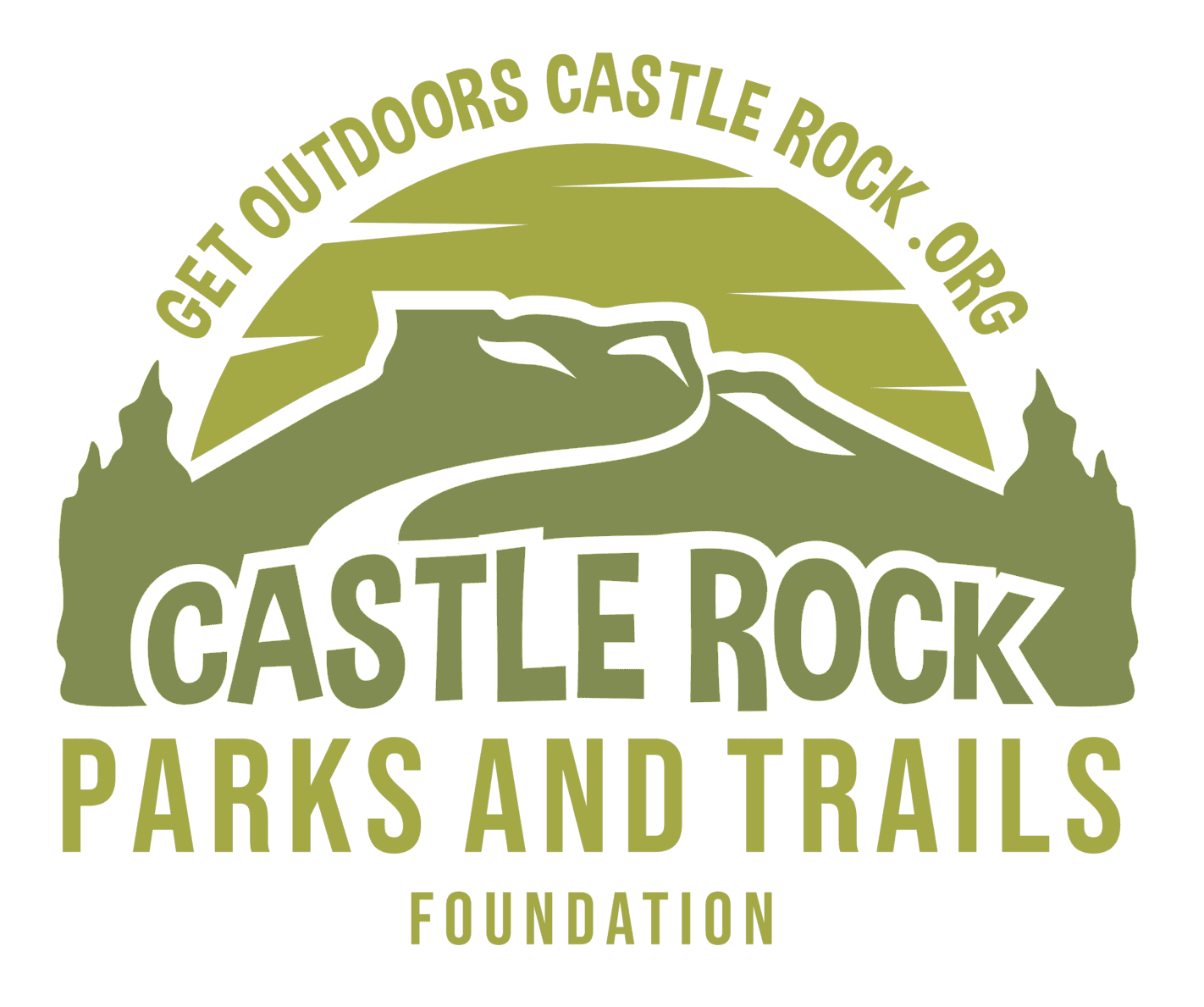