The Dawson Trails project by Westside Investment Planners, Inc. proposes to rezone land within the Town of Castle Rock that was defined by two different zoning districts; a portion of Westfield Trade Center Planned Development and Dawson Ridge Plan Development. The plan was discussed at five neighborhood meetings.

The rezoning and development plan was approved by Town Council on Sep. 6, 2022.

Zoning and development history: In the late 1980s, the interior roadways were platted and constructed. A site plan for the first residential neighborhood was approved for 234 homes. Water, sanitary and storm-sewer systems were constructed. The project stalled before the start of construction, and bankruptcy measures ensued. In 1992, a suspension agreement between the Town and the Dawson Ridge Metropolitan Districts was executed. That agreement required the property owner to submit a development plan to the Town for review and approval before moving forward with any new development.

Zoning history: The property was included in the 1984 Bellamah Annexation and in the 1986 Castle Rock Ranch zoning.

On Sept. 6, 2022, an ordinance was passed by the Town of Castle Rock, amending the Town’s district map by approving the Dawson Trails Planned Development Plan and zoning regulations. 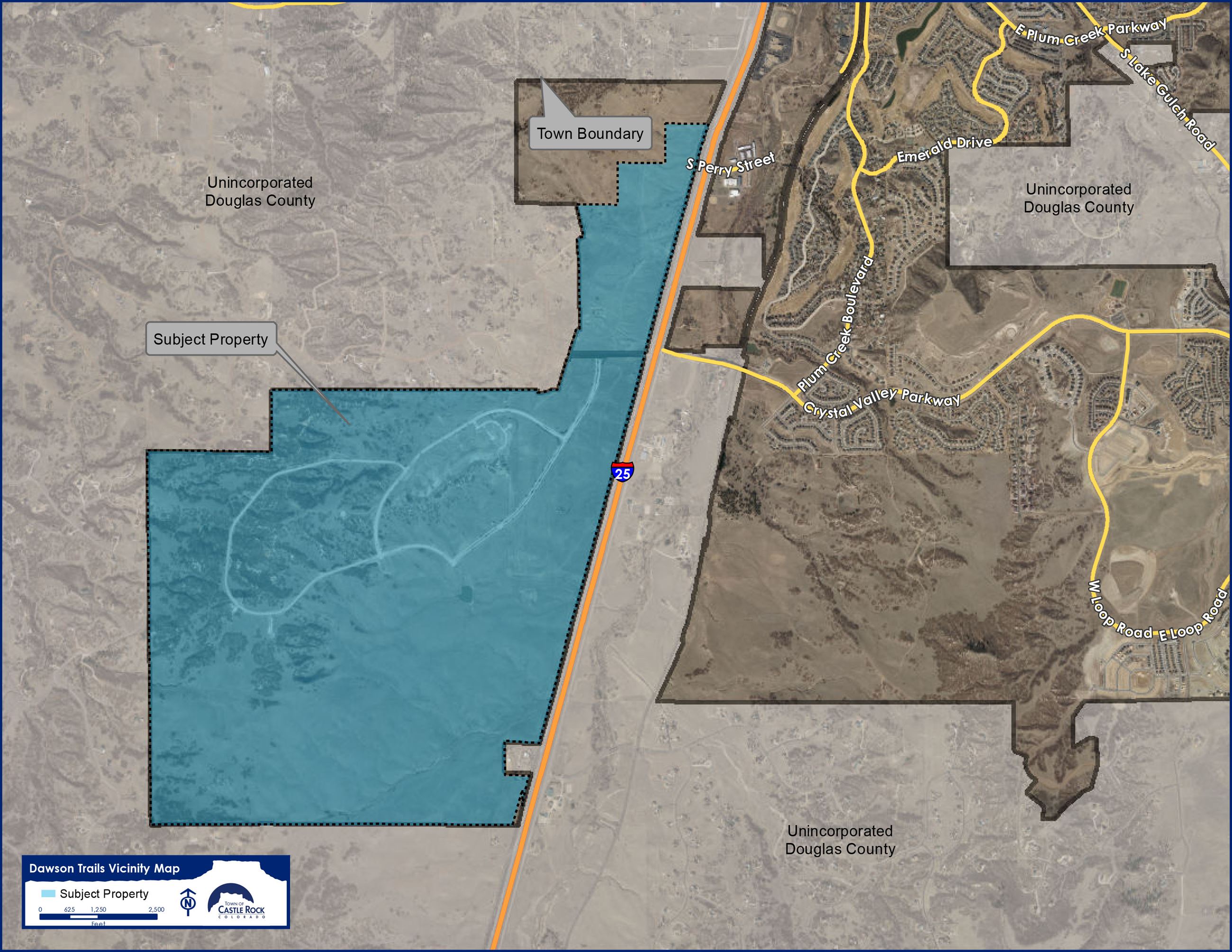 The Dawson Trails Planned Development Plan has been reviewed by Town staff for compliance with the Town's guiding documents, Municipal Code criteria and technical requirements. The applicant was required to hold a minimum of three neighborhood meetings, having held five as of June 27, 2022. Public testimony was taken at these meetings. Summaries of the meetings can be found in the documents below. Additionally, the applicant met informally with surrounding HOAs and residents on at least ten occasions.

The developer’s next steps are to submit Site Development Plans for the various phases of development.

At each stage of the process, the applicant is required to provide numerous documents. Please note, some of these documents, due to their size, may take a few minutes to download.

For additional information, please contact Development Services by phone 303-660-1393 or email the department.